We updated all of our research and re-ranked the best places to live in Texas for 2023 based on the latest data on affordability, jobs, crime, and desirability.

Who wouldn’t want to move to Texas these days? The Lone Star State has become one of the most popular places to relocate to in the US recently due to its relatively low cost of living, booming job market, and laid-back way of life.

Its big cities offer exciting places to enjoy world-class entertainment options and a fun nightlife, while its suburban and rural areas feature massive amounts of open space where you can just spread out and relax.

Of course, many things have changed recently, especially with people’s attitude and preferences after 2020, so we reviewed our whole list and revamped it for 2023.

Best Places to Live in Texas – How We Ranked the Cities

To determine the most objective way to rate all of the best cities to live in Texas, we factored in many major elements that we believe make a place worth living in, which include:

We reviewed every city in Texas and added up their scores to arrive at our newly updated list. So, let’s find out what the best places to live in Texas are based on this in-depth analysis. 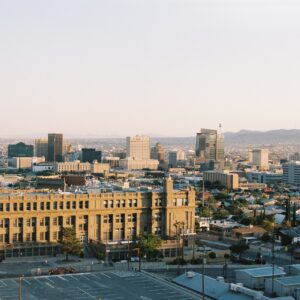 We start our list of the best cities to live in Texas with El Paso. It’s the 6th biggest city in Texas and it is the westernmost large city in the state.

It sits right on the Rio Grande, which is also the border to Mexico. El Paso is the 2nd largest city in the US with a majority of Hispanic residents.

What makes El Paso so attractive? Well, it is one of the most affordable large cities in the nation, with a cost of living that is roughly 20% lower than the US average.

Additionally, the average home here only costs about $180,000.

El Paso is also known for its excellent restaurants that serve up some of the best and most authentic food in the state.

College Station is best known as the home of Texas A&M University, where over 70,000 students attend the 5,500 acre main campus in the heart of the city.

College Station is best suited for those looking for a college town energy and a strong arts and culture scene that is deeply supported by the university.

It is also a great place for jobs, too. The unemployment rate in College Station is consistently one of the lowest in all of Texas.

McAllen is one of the southernmost cities in Texas. Its city limits stretch all the way down to the Rio Grande and it shares a border with Mexico.

The city has been attracting relocators with its low cost of living, which is about 22% lower than the rest of the US, as well as its exciting downtown and nightlife scene. 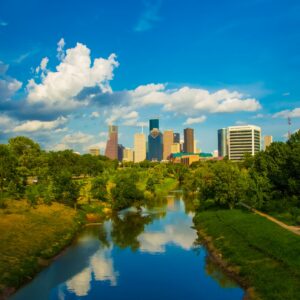 Houston is the largest city in Texas and offers one of the most extensive selections of things to do in the whole country. Basically, you will never get bored in Houston.

Some of its key attractions include the Houston Museum District, Johnson Space Center, and its baseball stadium, which is home to the Houston Astros.

Meanwhile, Houston offers a vast number of different neighborhoods and districts that are suitable for virtually every budget.

Round Rock is a city that is 20 minutes north of Austin and offers a strong, tight-knit community that makes it ideal for families moving to Texas.

Residents here enjoy community-focused events like farmers markets and annual festivals while also being close enough to Austin to take advantage of its nightlife as well.

Round Rock is also the home to Dell Technologies’ headquarters, which employs about 16,000 people. 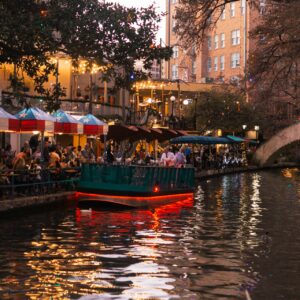 San Antonio is Lone Star State’s 2nd largest city and is one of the best places to live in Texas for virtually all ages as it offers something for everyone.

Its strong economy and affordability makes it easy to live in, while its lively downtown, especially the San Antonio Riverwalk, is one of the coolest places to spend time in all of Texas.

San Antonio is also known for being a foodie haven, with a wonderful dining scene that is as tasty as it is diverse.

Plano is one of the largest suburbs of Dallas and has emerged as one of the best cities to live in Texas due to its excellent livability and extremely strong job market. Many top companies have a large presence here, such as Capital One, Toyota, Pizza Hut, and Frito-Lay.

Additionally, Plano is one of the greenest cities in all of Texas, with over 4,000 acres of green space. It is definitely a great place to relocate for outdoorsy people and nature lovers.

Georgetown is a delightful city about 40 minutes north of Austin and is one of the best places to live in Texas for those who love the feeling of a small town, but also want the amenities of a bigger city.

Georgetown’s charming historic district is filled with Victorian-era architecture and even proclaims its town square as the “most beautiful town square in Texas.”

Residents here can enjoy the numerous number of green spaces that are located throughout Georgetown, including Blue Hole Park and San Gabriel Park.

This suburb of Dallas is often cited as one of the best places to live in the whole US, so it certainly deserves a top spot on our list for Texas.

Coppell’s close proximity to Dallas allows its residents to benefit from the strong job market in the DFW area while being able to enjoy a quiet life in a smaller city.

We couldn’t separate these two fine cities, so we combined them both and ranked them as our third best city to live in Texas. One of the biggest draws to the DFW area is its affordability. Average home prices in the area are around $300,000, which is a tremendous value compared to other major cities across the nation.

Dallas and Fort Worth’s job market is also booming, as it was recently named the #1 performing labor market among all large metro areas.

The area is also filled with things to do, boasting one of the richest arts and culture scenes in the nation as well as the ability to watch numerous professional sports teams. Don’t forget about the world-class dining and nightlife experiences in Dallas and Fort Worth, either.

The City of Austin has been on the rise for years now, as the city that tells its residents to “Keep Austin Weird” has continued to expand and mature into a top destination to relocate to, from young professionals, to families, and to retirees.

What makes Austin one of the best cities to live in Texas? This friendly community offers ample opportunities for outdoor recreation, as it sits right on the Colorado River and is also surrounded by numerous parks and nature preserves.

Meanwhile, Austin is known for being one of the best foodie cities in the US. Here, you can always find a gourmet meal and then follow it up with some live music as it is also known as the Live Music Capital of the World. 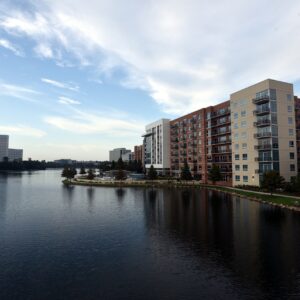 This master planned suburb of Houston tops our list as the best place to live in Texas. Located just 30 minutes north of Houston, The Woodlands was designed to blend open spaces with residential areas and commercial and retail outlets together to create a green and livable commuter city.

Today, it has blossomed into a great city in itself and has become one of the most desirable places to move to within Texas.

It was even ranked as the best city to live in America by Niche, which cited its top notch school system, low crime rates, ample things to do, and easy access to outdoor activities.

Overall, the best cities to live in Texas in 2023 are:

We think that they all provide an extremely livable environment that is full of activities. If you are looking to relocate to Texas, you really can’t go wrong with any place on this list.