In this series, we imagine what cities across America may look like in the future. Today, we are in Cleveland, Ohio and we fast-forward to the year 2078. Our proposition is that the city will undergo a metamorphosis over the next 50+ years to not only retain relevance, but to actually transform itself into a leading global city.

The focal theme behind our vision of Cleveland’s future revival revolves around its investment in its public transit infrastructure. We believe that city officials will realize that the key to Cleveland’s prolonged prosperity is predicated on keeping its downtown core healthy and in demand.

Therefore, they will want to find ways to connect Downtown Cleveland with its multitude of suburban neighborhoods, leading to a sustained rejuvenation of downtown while also linking communities from across the land together.

Of course, for this future to materialize, there are many intricate and complex analyses and decisions that need to take place, so this picture of the future is just a high-level, “what if” scenario that can shed some light on Cleveland’s future prospects. We also recognize the need for public and private support as well as funding to make this all happen.

But, try to suspend your disbelief for a moment and indulge in the city of Cleveland in 2078.

Some of links throughout this article are affiliate links, which means that we would earn a small commission if you decide to purchase something through that link. This process does not cost you anything and helps support our website.

So, how did we get here? Let’s take a look back at the turning point that propelled the city to the great heights it has reached today.

Back in the 2040s, growth in Cleveland’s Downtown had stagnated after numerous efforts to make it an inviting part of the city to live in.

The $5 billion of investments in the 2010s were surely helpful in rejuvenating the downtown infrastructure, but it was never enough to push the population of Downtown past 25,000 people.

Downtown Cleveland remained a place to visit, but not a place where people wanted to live since there were so many superb suburban neighborhoods in the surrounding area.

Speaking of the suburbs, they continued to thrive as communities such as Cleveland Heights and Shaker Heights in the east and Lakewood and Tremont in the west offered residents a complete lifestyle with local, scaled-down city centers and an abundance of desirable housing options.

While this balance seemed to suffice, it was not sustainable for the long haul, especially since it relied on a car-centric infrastructure that started to be seriously re-examined in the 2040s.

In 2042, the greater Cleveland area fully banned internal combustion engine vehicles from operating within its city limits. By this point, electric vehicles ruled the roads, but the city’s infrastructure was still not optimized to support them.

So, city planners had a decision to make. They could invest in further improvements to cater primarily to electric vehicles and try to maintain the dynamics between the city and the suburbs. Or, they could try to establish a different approach that could spur the growth of the whole community.

The easy way would have been to maintain the status quo and redesign the whole region for electric vehicles. But, there was something more that could be gained by looking at the bigger picture. Cleveland saw its opportunity to not just keep up with cities in the area, but to actually become a global reference.

What could they do instead? There was a public transit system already in place, but it consisted of only 3 major light rail lines, various bus routes, and a trolley for Downtown. It was clear that investments in the public transit system was how Cleveland could invigorate the whole region. 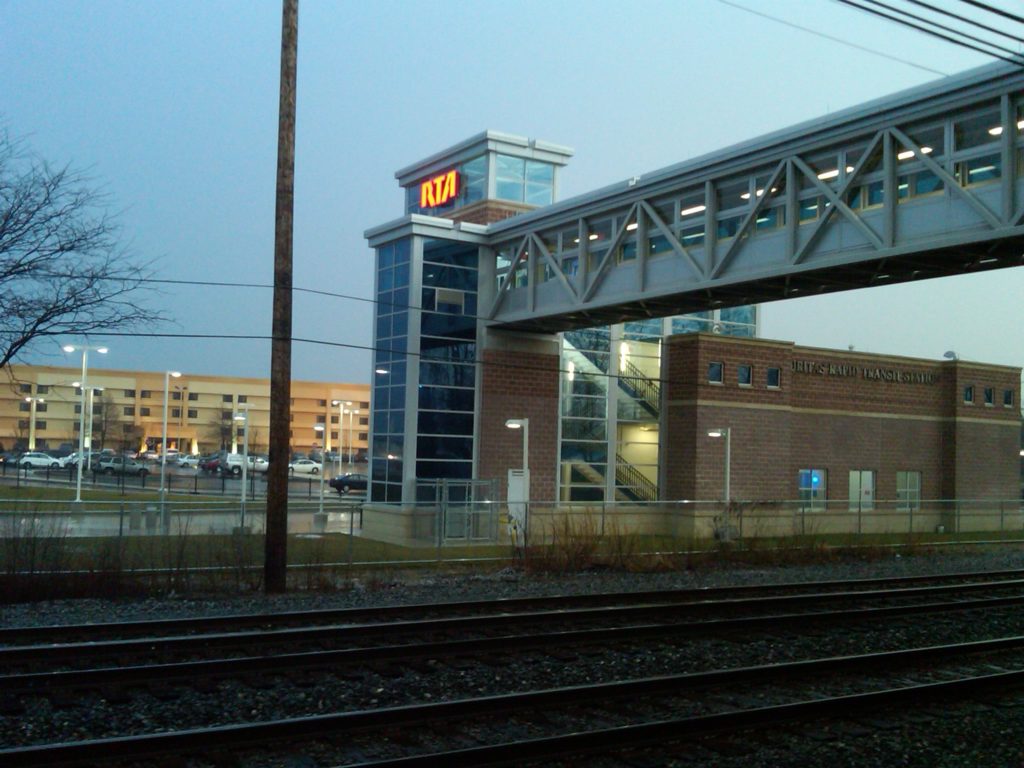 If they could make the system more robust and stimulate demand for downtown while better serving the suburbs, then they had a chance to develop a win-win situation.

The city decided to pour investments into both traditional programs, as well as innovative (at the time) ideas that needed the right situation to thrive.

First, they expanded services through the Greater Cleveland Regional Transit Authority, adding more light rail lines and stops to better serve all of the surrounding suburbs.

Next, they bolstered their transit layout with more first and last mile micro mobility options. The city prioritized space for these choices around transit hubs as well as dense city and suburban neighborhoods.

But, the crown jewel of their efforts was the development of the nation’s first bike superhighway that fully prioritized bicycles, e-scooters, and mopeds in protected lanes, providing residents a safe and cheap way to access all parts of the city.

They included 3 lanes each way in their cycling freeway, allowing for leisure riders, middling speeds, and higher velocity users all at once.

They decided on two main arteries for their superhighway, one running north-south and one going east-west. The north-south path stretched from Downtown Cleveland all the way to the Cuyahoga Valley National Park, all while making use of large swathes of the Cleveland Metroparks system. Meanwhile, the highway started as far west as Avon Lake and ran parallel to Lake Erie through Downtown and all the way east to Euclid. 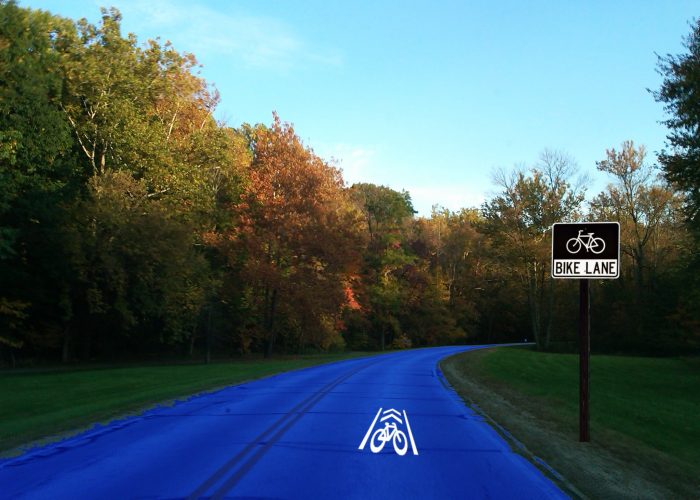 In between, there were several offshoots to connect major suburbs such as Westlake, Rocky River, Parma, University Circle, and University Heights, and points of interest like the airport and The Cleveland Museum of Art.

The city also made sure to connect this new biking network to the expanded public transit infrastructure, allowing people to bike and park at virtually every transit hub.

Overall, they added over 100 miles worth of protected bike lanes, which became the most extensive network in America by a long shot. 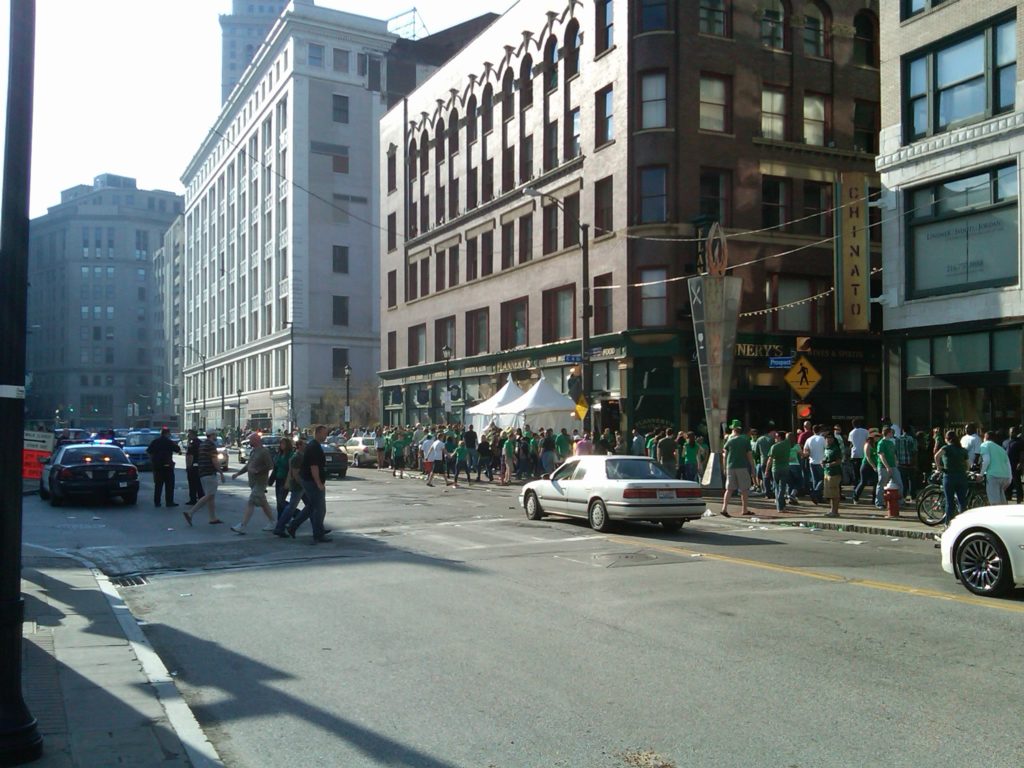 The project was implemented in different phases starting in 2051 and took roughly 8 years to fully complete, but the positive impact was felt very quickly. The full connectivity between downtown and the suburbs gave Downtown Cleveland an immediate boost.

More corporations started to establish their presence in the affordable downtown area, now knowing that it was easier and cheaper for a large part of the metropolitan area to commute to Downtown, so the pool of their potential employees increased.

With the influx of companies, there came a new wave of retail stores to help support these businesses. Food and service establishments started opening up all through Downtown, notably in the Flats district and all the way out to East 20th Street.

By 2063, the population of Downtown Cleveland started to significantly increase for the first time in decades. Downtown was now full of good jobs and a plethora of amenities, so residents started to naturally move in as well.

A good portion of the new residents were lured in from outside the area, but a sizable number came from Cleveland’s own suburbs. The idea of a 45 minute commute from the outer fringe of suburban neighborhoods could not be justified any longer.

By this point, the city of Cleveland was home to almost 40,000 people while the population of the suburbs remained intact as the extra connectivity did not negatively impact these neighborhoods.

Meanwhile, the implementation of the extensive public transit program and the bike highways helped residents become less car dependent and pushed many of them to embrace a more active lifestyle, leading to reductions in the city’s annual healthcare spend.

That takes us to the present day in the year 2078. How does Cleveland look now? Let’s start with the Downtown area. The initial boom from the 2050s continued to be sustained, as evident by today’s thriving cityscape.

Downtown Cleveland is now home to 83,000 residents, while the greater metro area has grown to almost 500,000 people, making it one of the 30 largest cities in the US. That is a remarkable turnaround considering that it was outside of the top 50 and shrinking in the 2020s.

New residents continue to be drawn in by the increase in the number of companies setting up shop in the area. Today, Cleveland is home to 15 Fortune 500 companies, which is more than any other city except for New York, Houston, and San Francisco.

The streets of Cleveland are now bustling with levels of activities not seen since the 1950s. The most sought after areas are the waterfronts along the Cuyahoga River and Lake Erie. In fact, a newly developed floating city area was just finished near the Browns’ stadium.

Meanwhile, the suburbs still continue to remain a desirable place for families to live in. The superb connectivity within the region has spurred the development of many underserved districts, while maintaining the success of already prosperous neighborhoods.

Let’s take a look at the system that made this all possible. It started as a focused, yet ambitious project to concentrate all efforts on improving public transportation. We can now say that it was a rousing success. The popularity of the initial works actually led to further investments and expansion of the light rail system as well as the bike superhighway.

Cleveland is now ranked in the top 5 in transit ridership by population at over 35% while it is #1 in bike usage in all of America.

The original planners could not have predicted this level of success for their program, especially the substantial growth in biking. Since the beginning of the project, it has taken on a life of its own. A whole biking community has developed alongside the superhighways. Local communities have invested in bike parking, air pump stations, and water fountains, while supporting businesses like cafes, bars, restaurants, and shower stations have sprung up along the way.

Cleveland in 2078 is now recognized as the ideal model for reintroducing public transportation to a city. They made a bold choice to focus on the light rail and biking systems and have never looked back since.