We looked through all the data and found the most affordable places to live in the Southwest of the US in 2023 that are also fun and desirable cities to relocate to.

The Southwest has been rapidly growing, but prices remain pretty cheap compared to many other parts of the US.

Still, the wide-open desert expanses of the Southwest make it easy to find cheap homes and welcoming communities.

But, not every place that is cheap is also exciting, so we made sure to only include cities that offer a wide-range of activities and amenities for their residents.

Let’s take a look at the cheapest places to live in the Southwest for 2023.

Most Affordable Places to Live in the Southwest – Methodology

To find the most affordable cities to live in the Southwest, we first had to define the states that make up the Southwest.

Most official definitions include the states of Arizona, New Mexico, Nevada, and Utah as the core of the Southwest.

Other descriptions include parts of Colorado and Texas as well.

Therefore, for this article, we looked at cities in the following states and areas:

Then, to determine each city’s affordability, we looked at official data on the cost of living and housing prices from the US government via trusted sources like AreaVibes.

We also evaluated all the things to do in each city and only included places that offer a well-rounded lifestyle.

12 Most Affordable Places to Live in the Southwest in 2023 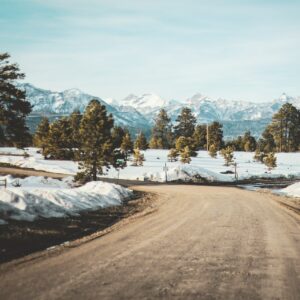 Pagosa Springs, Colorado is a small community in southwest Colorado that is noted for its hot springs. The city is surrounded by the San Juan Mountains and other national forests and offers breathtaking panoramas from every angle.

While 65% of people rent their residence, the median home values are about 4% lower than the rest of the US. Pagosa Springs’ suburban feel also makes it a great place for families to consider relocating to.

With crime rates that are 29% below the Colorado average, Pagosa Springs is an affordable and desirable place to live in the southwest.

Additionally, El Paso’s public schools are above average, and as a result, many families and young professionals choose to live there.

Situated on the Mexican border, there is no shortage of rich Mexican cuisine and influence around this city. As one of the cheapest places to live in the Southwest, El Paso’s median home values are a stunning 30% below the US average, which is quite a bargain for such a big city.

Many families and young professionals call El Paso home, stating that they feel safe at night and that it is an excellent area to raise a family.

Furthermore, El Paso offers pleasant weather and is one of the sunniest cities in the United States, with about 300 days of sunshine per year. 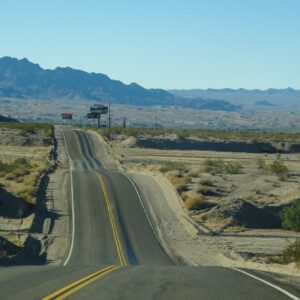 Laughlin, NV is an unincorporated resort town on the Colorado River, immediately across from Bullhead City, AZ, and about an hour and a half from Las Vegas.

Many people tend to retire to Laughlin and enjoy its various bars, parks, and coffee shops around town.

While most people rent their residences here, the median value of homes in this small town is about 27% lower than the rest of the US.

Laughlin’s geographical location allows its residents to enjoy beautiful waterfront views and warm winter months. If you move here, you can enjoy laying by the river and swimming in the cool water in the summer.

Additionally, the town is very community-oriented and a great place to enjoy a slower-paced life.

Price, Utah, is the only city in Utah on this list of the most affordable cities to live in the Southwest as the rest of the state is a bit more expensive than average.

It is home to Utah State University Eastern, which brings a youthful energy to its population.

Since about half of its residents have children, this city also caters to families with plenty of parks and excellent schools. Price is a safe and quiet place to live with a rich history and gorgeous skies.

The city is located about two hours away from both the Nine Mile Canyon and Manti-La Sal National Forest. There are lots of outdoor activities to enjoy in Price year-round, like taking tours of the canyons and arches or cooling off in the Desert Wave Pool.

If you’re into dinosaurs, Price is also home to the Utah State University Eastern Prehistoric Museum as well as the Cleveland-Lloyd Dinosaur Quarry. You can marvel at the beasts of the past in these top-notch specialty museums. 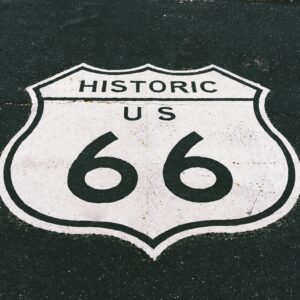 Kingman, Arizona sits right on Route 66 in Northwestern Arizona, and is home to a large retiree population, which allows the city to enjoy a quieter, slower way of life.

While there are numerous outdoor activities to enjoy in Kingman, it also houses the Desert Diamond Distillery, where you can sample fine brews and learn how they are made.

There are also several restaurants around the city that will provide you with an amazing foodie experience.

Overall, residents here enjoy a blend of rugged outdoor sights as well as some historic points of interest that make it one of the most well-rounded cities on this list of the most affordable places to live in the Southwest.

Alamogordo, New Mexico is one of the cheapest places to live in the Southwest due to its low cost of living and homes that are over 30% cheaper than the rest of the US.

Residents can enjoy a more rural feel here, with lots of countryside and natural landscapes.

Additionally, Alamogordo residents report that the town is a great place to raise a family, as the public school systems are above average and the community provides lots of family-friendly activities.

Further, crime rates in Alamogordo are 21% lower than the average in New Mexico, making the small town a desirable place to live.

Directly across the Colorado River from Laughlin and about 90 miles south of Las Vegas, Bullhead City, AZ is home to many retirees as well as Vegas workers.

Some of the locals’ favorite pastimes here include riding ATVs, off-roading, and camping.

There are also numerous water activities to enjoy on the Colorado River, such as tubing and jet-skiing.

Bullhead City is a charming and relatively cheap place to live, with a cost of living that is much lower than the national (as well as the Arizona) average and home values that are 35% lower than the rest of the country, making it one of the most affordable places to live in the Southwest. 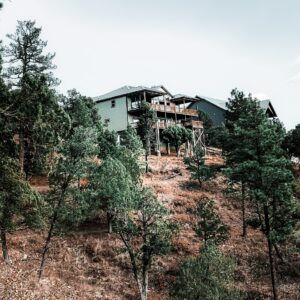 Roswell is a city in southeastern New Mexico that is well-known for being the alleged  site of a 1947 UFO crash. It is also where you can discover the International UFO Museum and Research Center.

The city offers a well-balanced community that also boasts an incredibly low unemployment rate of 3%, while only roughly 19% of people live below the poverty line.

Residents rave about Roswell’s down-to-earth and welcoming community along with its quaint historic downtown that offers plenty of things to do.

There are also many fun outdoor activities close by, including the Bitter Lake National Wildlife Refuge and Bottomless Lakes State Park.

Coolidge is a small, rural town that is an hour southeast of Phoenix in southern Arizona. It was also named as one of the Arizona suburbs with the lowest cost of living.

Many Coolidge residents are young professionals with families that appreciate the outdoors. The Casa Grande Ruins National Monument is a fascinating archeological site that the whole family may enjoy.

Current residents describe Coolidge as a very quaint and welcoming place. You get the quiet, slower pace of rural living, while still being close to a big city.

Douglas is a sparse suburban town that is located right on the Mexican border and is home to many families and young professionals.

With median home values that are almost half as much as the national average, Douglas is one of the most affordable places to live in the Southwest, especially for those who have their hearts set on Arizona.

The town often hosts many celebrations and festivals where the town decorates the parks and people dance and sing the night away. Despite these frequent fiestas, Douglas has relatively low crime rates and people generally feel safe.

It is also just 30 minutes away from the quirky city of Bisbee.

Pecos is a quaint and historic town located in western Texas that has the lowest average home prices on this list, making it one of the most affordable places to live in the Southwest for those who want to buy a home.

The cost of living and the unemployment rates are low here and residents enjoy a small-town feel.

It even features several cultural points of interest, including the Texas Rodeo Hall of Fame and West of the Pecos Museum.

The crime rate in Pecos is also 36% lower than the Texas average and residents report feeling safe at night in their town.

Most residents who live in Pecos are young professionals with families who are enjoying a little growth in their town due to an oil boom.

Pecos is also just an hour and a half away from bigger cities like Odessa and Midland. 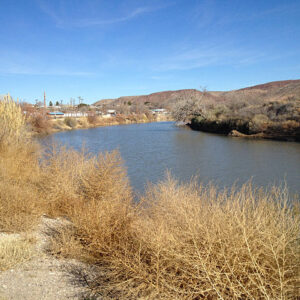 Truth Or Consequences tops our list as the most affordable place to live in the Southwest. This small town in New Mexico named after a radio show is about two and a half hours south of Albuquerque and offers excellent public schools and a very low cost of living.

The residents of Truth or Consequences can enjoy a soak in one of the many local hot springs, a stroll through Caballo Lake State Park, or an exciting day at Spaceport America.

The Truth or Consequences Brewing Co. also boasts great live music, food trucks, and some of the best craft beer around.

Meanwhile, the crime rates are 37% lower than the national average, while cost of living and home prices are well below the US averages, making Truth or Consequences, New Mexico the most desirable and affordable place to live in the Southwest.

Most Affordable Places to Live in the Southwest – Summary

Overall, the most affordable places to live in the Southwest are:

All of these cities offer an affordable way of life as well as plenty of amenities and entertainment options for their residents.

We are confident that they are all great options to consider relocating to for those on a budget who also want to experience the relaxed and charming lifestyle that the Southwest has to offer.