You have dreams of living in paradise year-round in The Florida Keys. But, how much does it actually cost and where is the cheapest place to live in the Florida Keys?

Well, cheap is relative in this case, because The Keys are one of the most expensive places to live in the U.S. But, there are still some areas that are more affordable than others around this majestic chain of islands. So, let’s find out where you can get the most bang for your buck around the southernmost part of the U.S. 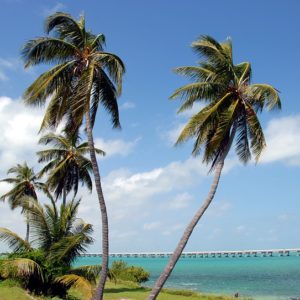 Before we dive into the cheapest places to live in the Florida Keys, we have to understand what constitutes the area and what are the different sections of the islands.

The Florida Keys are technically an archipelago that starts about 15 miles away from Miami and drifts towards the southwest for over 100 miles, coming as close as 90 miles to Cuba.

The Keys have remained a popular destination for vacationers as well as families and retirees due to its slow and relaxing lifestyle that is directly on the water.

The weather never really dips below 65 degrees at night and there is 70% to 80% chance of sun on any given day throughout the year.

But, all of this easy living comes at a price. Land comes at a premium and is quite limited, so housing is significantly more than the rest of the nation.

For example, the average rent cost in Key West is about $2,500 per month. Home prices also start at a minimum of $300,000 in most areas and in some neighborhoods, the average price is well over $1 million.

There are extra costs to everyday life as well. The isolated position of the islands also means that a lot of food and groceries need to be shipped in from far locations, which adds a premium.

Although, there is one aspect that helps mitigate the high costs of the Keys – Florida is one of nine states that has no income tax.

The Florida Keys are composed of 44 major islands that are connected by 42 bridges.  They are all located within Monroe County, Florida, which also includes a piece of mainland of southern Florida.

There are generally 3 major areas to consider, starting from the north just outside of Miami – the Upper Keys, Middle Keys, and Lower Keys. Here is a full list of each area along with the communities in each: 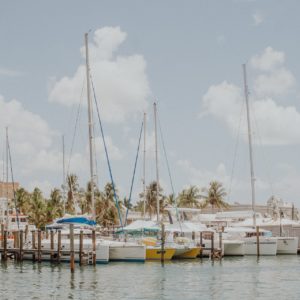 Now that we know what is considered part of the Keys, we need to figure out which area or city is the most affordable. Therefore, we consulted a cost of living database through Bestplaces to find out what the true costs are in each location.

We put together this summary table that shows each city/area and their relative cost compared to average in the U.S. The percent figure shows how much more or less expensive it is versus the rest of the nation.

As you can see, there is really no “cheap” place in the Keys. The city with the lowest total cost of living is still 26% more expensive than the rest of the U.S. Food and groceries are consistently 10% to 15% more expensive as well.

Meanwhile, the housing costs are off the charts – the whole region is at least 77% more expensive, with a minimum median home value of over $400,000.

Based on the total cost of living index, the cheapest places to live in the Florida Keys are:

There are still some good home values out there. So, we took a look at the current housing offers on Zillow to see if we could find some places with prices that are a bit lower than the listed averages.

If you are looking for cheap living in Key West, you have to calibrate your definition of what “cheap” is.

But, there are some small condos and townhouses under 1,000 square feet that are on sale for around $300,000 to $350,000 in the Poinciana Plaza area. This area is on the easternmost part of Key West next to the airport.

Poinciana Plaza is also a quieter, residential part of the city, so consumer prices are generally a bit lower here than in the Old Town.

There is even a Publix in this neighborhood. Therefore, it is probably the best area for cheap living in Key West.

So, is Key West expensive to live in? Yes, but there are a few areas that are a bit more affordable and there are also some tactics that can help you save some money that we listed below in the frequently asked questions.

What is the cheapest Florida Key to live on?

Your overall best bet to live affordably in the Keys is to look around the Middle and Lower Keys and keep your eyes open for a below-market listing on a manufactured home or condo.

The cheapest places to live in the Florida Keys based on total cost of living are Stock Island, Layton, and Big Pine Key. There are also some pockets of cheap housing around Key Largo, Little Torch Key, Marathon, and Key West.

How to Afford Living in the Florida Keys?

If you are dead set on moving here, but are still asking yourself, “How to afford living in the Florida Keys?”, then we have some suggestions:

Secure a Job Before Your Move – Make sure you will be able to generate a steady stream of income. It doesn’t even have to be full-time work as there are numerous opportunities linked to tourism in the Keys.

You could even think about options through the sharing economy and become an Uber driver, rent out an extra room on Airbnb, rent out cars through Turo, or do freelance work through Fiverr.

Focus on Housing Costs – Housing costs are the number 1 cost for anyone living in the Florida Keys and it is disproportionally higher than most other places.

The Miami Herald estimates that housing comprises 44% of a person’s budget in the Florida Keys, which is significantly more than the rest of the nation. Focus your time and energy on getting the best deal that you can manage.

That means you should be patient and also be active in negotiating to find the right accommodations for you.

Find a Roommate – One way to slash your housing costs is to consider living with a roommate in the Keys. You can reduce your costs in half while still living in paradise.

You may not even need to make so many sacrifices if you find a house or apartment that has separate bedrooms with their own bathrooms en-suite.

Ditch the Car – Another huge cost in the Florida Keys that is even higher here than the rest of the nation is the cost to buy and maintain a car.

Gas is more expensive on average and usually the deeper you travel into the Keys, the higher the prices get. Meanwhile, parking costs also come at a premium.

Avoid Key West – Key West is a hotspot for tourists, so everything will naturally be more expensive there compared to almost any other part of the Keys. If you want to find more affordable living in the Florida Keys, then consider some of the communities we listed above.

Stock Up on the Mainland – If you plan well, you could make living in the Florida Key quite affordable. Groceries are cheaper back on the mainland of Florida, especially if you go to a wholesaler like Costco or Sam’s Club.

You could take monthly trips and save as much as 30 to 40% if you buy in bulk compared to the local prices in the Keys. 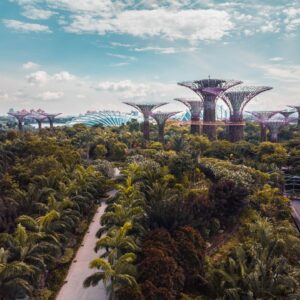 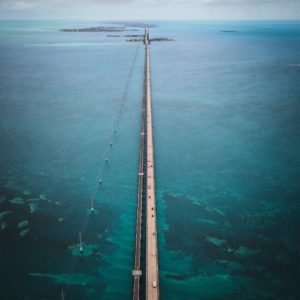 Do You Need a Car in Key West? Advice for Travelers & Potential Residents