This in-depth guide on the differences between Denver vs Salt Lake City will give you all the insights you need to pick one for your next move or visit.

When considering Denver or Salt Lake City, you probably think you know a lot more about Denver. After all, it’s a bigger city and a well-known destination for outdoor enthusiasts. However, Salt Lake City offers a quieter, off-the-beaten-path lifestyle that many people may prefer.

If you look at Salt Lake City vs Denver on a map, you’ll see that they are almost directly east to west with one another, with Salt Lake City being 500 miles to the west. Denver and Salt Lake City are located in the northern middle portions of their respective states, but there are many more similarities, as well as some distinct differences.

In the following sections, we’ll review the factors that determine each city’s livability and things to do and help you decide between Denver vs Salt Lake City:

If you are looking at Salt Lake City or Denver for your new home, your decision will probably rely heavily on these factors.

The choice between Salt Lake City vs Denver really comes down to the type of lifestyle that you want to lead.

Salt Lake City is a quieter city, heavily influenced by the Church of Jesus Christ of the Latter Day Saints. However, a large portion of the city’s population is not affiliated with the church. In fact, Salt Lake City is considered a quite diverse city.

On the other hand, Denver offers more restaurants and nightlife, but it also features a bit more crime as a result of its higher population. You’ll also have more traffic to contend with in Denver as well.

But, we did name Denver as one of Colorado’s top cities to consider for 2022.

Reputation is hard to define, but most people understand very quickly the differences in the culture and reputation of each city.

In terms of reputation and vibe, Salt Lake City vs Denver are worlds apart.

In Denver, you’ll find ski lodges and resorts that cater to outdoorsy tourists. Skiing is undeniably what Denver is best known for, but tourists also recognize how clean the city is, as well as its low homeless population. Denver is known as the Mile High City due to its high elevation above sea level.

Meanwhile, Salt Lake City is near many interesting attractions like hiking and skiing, sports, museums and restaurants, all within a short drive, while the city itself remains relatively laid back. The headquarters for the Mormon church is also located in Salt Lake City, as is the University of Utah.

The biggest differentiating factor for this is the amount of sunlight each city receives. Denver gets more sunlight, therefore, its temperatures are somewhat milder.

Meanwhile, the precipitation in Salt Lake City vs Denver is something to take into account due to the cities’ respective locations. Salt Lake City has 14% fewer rainy days than Denver.

On the other hand, Denver sees snowfall 60 days per year, accumulating a total of about 60 inches of snow for the year, while Salt Lake City has slightly fewer snow days (54 on average), with about 55 inches of total snowfall.

Both cities have an average high of approximately 90° in July, and a low of around 20° in January, with the most comfortable months being April, May, and September.

Either way, you are sure to experience all four seasons while living in Denver or Salt Lake City.

The median price for a home in Denver is also about 50% higher than the US average.

However, utilities in Denver are about 6% cheaper than the national average (as are gas prices).

Alternatively, the cost of living in Salt Lake City is about 7% higher than the national average.

But, other than housing, cost of living expenses including transportation, food, and entertainment are less in Salt Lake City than in Denver and other nearby cities.

If you choose to live in Denver instead of Salt Lake City, you’ll pay more for just about everything except housing.

The job market in Salt Lake City vs Denver is one of the most distinguishing factors between the two cities.

Unemployment is low in Salt Lake City, hovering around 3%, while the national average remains somewhere around 6%.

In Denver, unemployment is around 7%. However, future job growth is projected to be 45% in Denver compared to 40% in Salt Lake City.

According to the Denver Gazette, all industries in Denver will see strong growth in 2022 and beyond.

The majority of jobs in Denver are centered around financial services, aerospace, IT, energy, and healthcare.

Jobs in Salt Lake City are not tied to tourism as much as Denver jobs. The main job industries in the city are based on transportation, technology, education, finance, and healthcare.

6. Denver vs Salt Lake City – Things to Do

You’ll never face a shortage of things to do around Denver. Its economy is largely dependent on tourism, so it stands to reason that the following activities can be found in abundance:

Salt Lake City is not nearly as busy as Denver. There are interesting and beautiful sites to see, but the city does not gravitate toward tourism the way that Denver does. Still, tourists and residents can enjoy all of the following activities:

We hope that this detailed breakdown between Denver vs Salt Lake City has given you enough of a feel for both cities so that you can choose one for your next vacation or place to live.

In many ways, these two western cities are quite similar, but there are significant details that may make one more desirable to you than the other.

If you are planning on relocating to one, we recommend visiting both first so that you can experience the true vibe of each city before you decide. 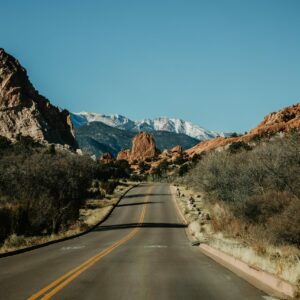 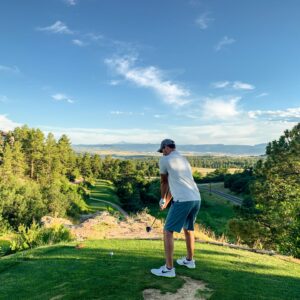 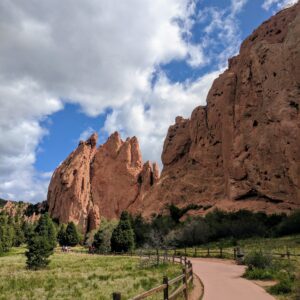 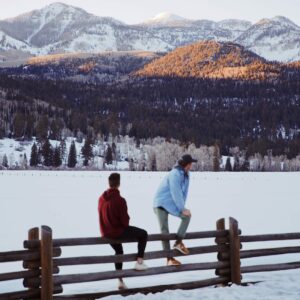 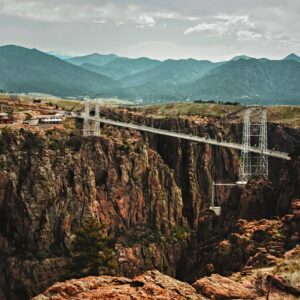 The 8 Best Places to Live in Southern Colorado in 2022