Southwest Florida is home to many top cities, so we narrowed them down to give you a list with the highest regarded cities in the area. We considered the latest data on affordability, desirability, crime rates, job prospects, and only chose places that actually have fun things to do nearby.

Southwest Florida has been experiencing a population boom lately, with thousands of people flocking to this section of the Sunshine State in recent years to take advantage of its affordability and high standard of living. Existing cities continue to expand and add new amenities while new neighborhoods and communities have been popping up everywhere.

It is easy to see why Southwest Florida is so popular, since it offers great weather year-round with access to some of the highest quality beaches in the world, all while providing a strong economy and safe places to live. Many of the cities on our list also promote a sense of community, with vibrant downtowns and events for residents throughout the year.

We focused our search to just the southwest corner of the state, so we have excluded Tampa-St. Petersburg and everything north of it as well as the southern tip of Florida that includes the Miami region.

Here are our top choices for cities in this area that we chose to suit the lifestyle of young professionals, families, and retirees. There are also small towns and big cities in this list to give you the best range of options to match your preferences. 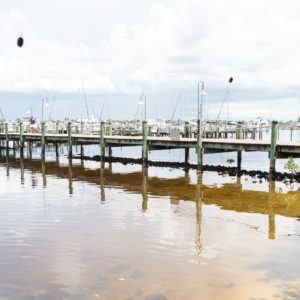 Port Charlotte is first on our list of the most exceptional cities in Southwest Florida. It is a small city of under 60,000 residents that is one of the most affordable on this list.

It sits right on the waterfront of Charlotte Harbor and is perfect for boating, fishing, and general outdoor activities. It is also consistently ranked as one of the best places to retire due to its reasonable cost of living and relaxed atmosphere.

Its prime location between big cities like Sarasota and Fort Myers makes it an ideal spot for quiet living while still having access to the amenities of a larger area.

Port Charlotte is also close to many top beaches in the area. Venice Beach is just 30 minutes away while Fort Myers Beach can be reached in under an hour.

Bonita Springs is another small city of 50,000 people located right between Fort Myers and Naples. Its cost of living is higher than Port Charlotte (and the rest of Florida), but it offers a safe community (crime is 45% lower than the national average) with strong job opportunities and an overall high standard of living.

Bonita Springs’ economy is expected to continue to expand, with job growth predicted to be 46% over the next 10 years, which is higher than the U.S. average of 33.5%

Nature lovers would be quite happy in Bonita Springs, as there are beaches to the west of town and the Everglades directly east. If that is not enough, the city itself contains numerous parks and even has a small river that flows through it.

Cape Coral is a city of almost 200,000 residents that is built on a peninsula between the Caloosahatchee River and the Gulf of Mexico and is right across the river from Fort Myers. It is famous for its extensive network of canals, with over 400 miles worth of canals – the most in the world.

Its relaxed community is ideal for retirees, as it was rated the 12th best place to retire in the whole U.S. But, it is also great for families, too, with its expansive suburbs lining the picturesque canals. Additionally, Cape Coral’s crime rates are very low, a full 50% less than the U.S. average.

Cape Coral is also located near some of the best beaches that Florida has to offer. Sanibel Island and Fort Myers Beach are just a 20 minute drive away. 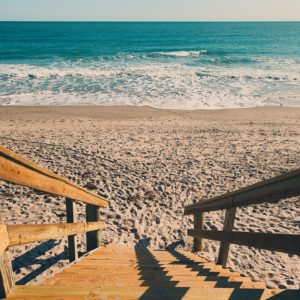 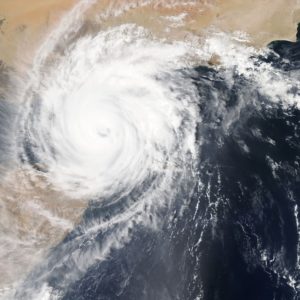 Fort Myers has been experiencing steady growth over the past few years, which can be linked to its efforts to revitalize its downtown and its ideal location near many great beaches and other large cities. In fact, Fort Myers is the 4th fastest growing city in all of Florida over the past 10 years.

Historic Fort Myers downtown offers its residents the feel of a bigger city, but at an affordable cost. It is filled with boutiques, gourmet restaurants, and bars with cozy outdoor patios that are great for the whole family.

Retirees would definitely enjoy Fort Myers, as it was recently ranked #2 of the best cities to retire in the whole U.S.

Fort Myers’ location is also a key selling point. Fort Myers Beach is 25 minutes away, while Sanibel Island, which was rated as the 2nd best beach in Florida, is only a 30 minute drive from downtown.

Read more about the full pros and cons of living in Fort Myers in this comprehensive article.

Naples is located the furthest south on our list and is one of the most distinguished cities in Southwest Florida. It was ranked as the #1 for families by Wallethub in Florida based on education, health, and safety.

Naples is also famous for its pristine beaches. Naples Beach was rated the 4th best beach in all of Florida, while its golf courses are world-renowned.

Additionally, there is a beautiful downtown area with walkable streets that are filled with upscale boutiques, fine dining options with outdoor seating, and a pier. Don’t miss Naples’ 5th Avenue South with award-winning bistros and shopping areas. 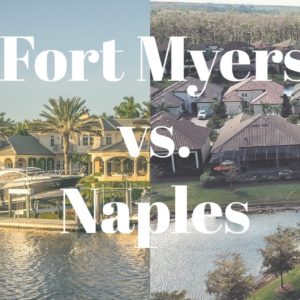 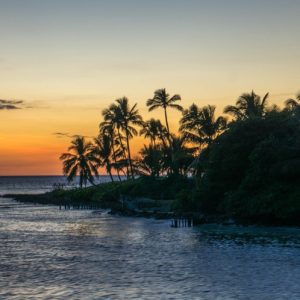 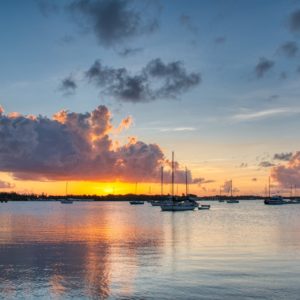 After all of our analyses, Sarasota emerged as the best place to live in Southwest Florida. It even made our list of the best places to live in Florida, coming in at #3. This city of 54,000 people is located just south of Tampa, but is still considered to be in the Southwest of Florida. It sits right on the Gulf shores, so residents have easy access to many stunning beaches, include Siesta Key Beach, which is regularly named as the best beach in the U.S.

What makes Sarasota so great is the fact that it offers something for everyone. It is not rare to find young professionals, families, and retirees all at the same time on the walkable streets of downtown Sarasota. Its lively, yet laid-back atmosphere offers the feel of a big city but at the pace of a quiet beach town.

Residents rave about the numerous events at the local museums, art galleries, music venues, and performing arts centers that are scattered all around the city. There are also many annual events that help build the community, such as the county fair and a jazz festival.

We believe that these are the 6 best places to live in Southwest Florida. Whether you are looking for a bustling city or a quiet beach town, we think that this list will help you uncover the best choice for yourself.

The area is filled with many gems and will continue to grow, so you can feel confident that you will find a nice landing spot no matter which city you choose.